How does Well-Being play a role in modern leadership?

How does Well-Being play a role in modern leadership? 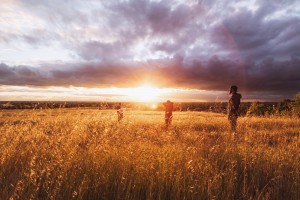 I was forwarded an interesting article recently on Well Being and began to read with my normal amount of skepticism on the subject, eat less, take more time off, be careful how much alcohol you consume….however the article posed an interesting concept of well-being as a skill and not just a mind-set.

The link provided (below), shares thoughts created and presented by Richard Davidson, founder of the Centre for Healthy Minds at the University of Wisconsin-Madison in which he suggests you can get better at well-being and considers it as a skill you can train for.

In the article he talks about he talked about four components of well-being that are supported by neuroscience. http://www.mindful.org/science-reveals-well-skill/

The four components of well-being that are supported by neuroscience are listed as the skills of being Resilient, having a positive Outlook, having deep Attention levels and finally practicing Generosity.

My thoughts developed from the skills expressed that supported well-being and into how those skills suggested for supporting well-being match with being a modern-day leader.

Modern day leaders need to lead rather than provide more traditional management services these might be listed as: 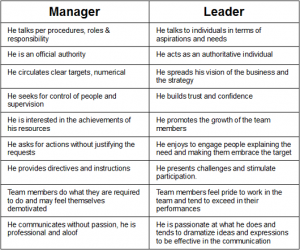 Both columns elude to a core ability to manage people however many managers feel uncomfortable managing people. This can cause a problem when recruiting for managers as the Chartered Management Institute (CMI) in their publication “21st Century Leaders” state that three out of the top four skills employers look for are around people management skills.

They listed specifically communication skills ranking highest and followed by team-building (third) and motivating others (fourth) with the ability to solve problems and critical analysis as the second highest. Essential to each of these is a positive outlook.

Further, they then listed other attributes such as:

Many of these attributes mirror the four core skills that Richard Davidson describes in his video. Yet people management skills are often the area that cause most anxiety within managers and leaders.

All too often our leaders and senior executives have gained their senior positions from superb technical achievement rather than man management ability.

In addition to the ability query, I wonder are these skills and attributes listed by the CMI being used to support some managers own well-being in isolation or are they examples of skills that can be passed on that, in turn support the managers own teams dealing with modern day business challenges?

The definition of well-being is “the condition of being contented, healthy, or successful.” But I wonder how many people who are either holding senior leadership roles, or perhaps new into management positions can honestly say that somewhere along the way they are not having to compromise on something that effects their ability to being content or healthy or feeling successful (whatever that might mean).

How many of those leaders can support their own teams to enhance their respective well- being and perhaps improve output and performance?

The idea of mindfulness being developed as a skill to help us spot anxiety, stress or even depression setting in must surely be a good thing for us to learn. Having such skills might help us perform to the level expected of us at work and socially without becoming a victim the so called 21st Century epidemic.

In an article in the Huffington Post, Gina Soleil wrote about Workplace Stress: The Health Epidemic of the 21st Century

Within this article Gina shares her thoughts on the development of well-being from its early roots of work life balance of the 1990’s through to 2017 where recession, political uncertainty and technology have made us less well engaged. Whilst much of her commentary is based on the US, it certainly resonates with my observations in the UK and the VUCA environment we now operate in.

I am aware of several larger organisations that work hard to support workers with areas around well-being and it would be interesting to share statistics they might have gathered to substantiate the benefit of investment within this support area.

I am also familiar with several experts within the well-being sector who are becoming more sort after by larger organisations where they wish to learn more about staff well-being initiatives and practices, can any expert reading this care to share some insight?

What is more challenging however is how a smaller organisation can support the challenge where expert support, often driven from HR in larger organisations, is missing or not affordable.

Are there any smaller business owners or senior directors, within the smaller enterprises, that can share their experiences on this topic?

Or perhaps the experts I refer to above can share some of their experiences and ideas particularly with regard to SME’s?

I look forward to sharing your thoughts.